The company had previously announced the opening of new plants in Texas and Arizona back in April and May, respectively. This is Nextracker’s third new factory. Amidst increasing requests for reshoring of the photovoltaic (PV) supply chain in the United States, the company plans to develop 10 gigawatts (GW) of annual solar tracker capacity in the country.

As a part of this “commitment to rebuilding America’s steel and solar supply chains,” Nextracker stated that it had already purchased over 100,000 tonnes of steel made in the United States so far this year, which is sufficient for around 5GW of solar trackers.

The steel processing facility, which Nextracker said was ideally located next to key transport infrastructure, will contain BCI Steel’s new and reshored equipment from factories in Malaysia and Brazil. Solar tracker products produced at the factory will serve solar markets in the states of Pennsylvania, Indiana, New York, and Ohio in the United States. Nextracker said the facility’s ideal location was next to key transport infrastructure.

In a conversation with PV Tech that took place before today’s announcement, the president of Nextracker, Howard Wenger, stated that the investment would enable the company to “provide excellent on-time delivery to our customers” and that it would give the company a “natural hedge for our global supply chain that will stabilize costs and prices.” 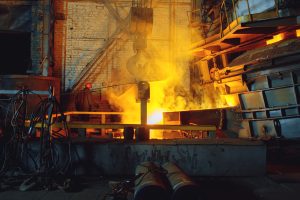 In the past year, there has been an increase in the cost of raw materials, as well as a rise in shipping costs, as a result of logistical challenges caused by the pandemic, which led to delayed deliveries. Additionally, Russia’s invasion of Ukraine caused greater geopolitical tensions, which further destabilized supply chains. As a result of this, there have been fresh recommendations made to restore manufacturing capacity in the United States in order to better guard against potential future supply shocks.

When queried by PV Tech about how vulnerable Nextracker’s supply chain was to shocks from outside the United States, Wenger responded by saying, “Our supply chain is in a very solid position now that we are getting our third US production site up and operating… In the midst of widespread disruptions such as the pandemic and the war in Ukraine, the demand for local manufacturing and distribution is greatly highlighted. Even though Nextracker’s manufacturing project in the United States is still in its infancy, it is already generating positive results.

“The quick-ship response times that BCI Steel’s Pittsburgh factory enables us to meet the booming demand of our customers in the Mid-Atlantic and Heartland regions,” said Dan Shugar, CEO and founder of Nextracker. Nextracker is a company that specializes in the distribution of tracking and monitoring systems. “This investment will bring manufacturing jobs, equipment, and capacity back to the United States, which will increase the resilience of the solar supply chain in the United States.”

Moving forward, Nextracker stated that manufacturing incentives will speed up the development of critical components of the local PV supply chain, which in turn would speed up the deployment of PV. “We think domestic manufacturing incentives could create and accelerate a strong US solar supply chain, which would accomplish a number of the government’s goals,” said Wenger. “We think this could be accomplished by accomplishing a number of the government’s goals.”